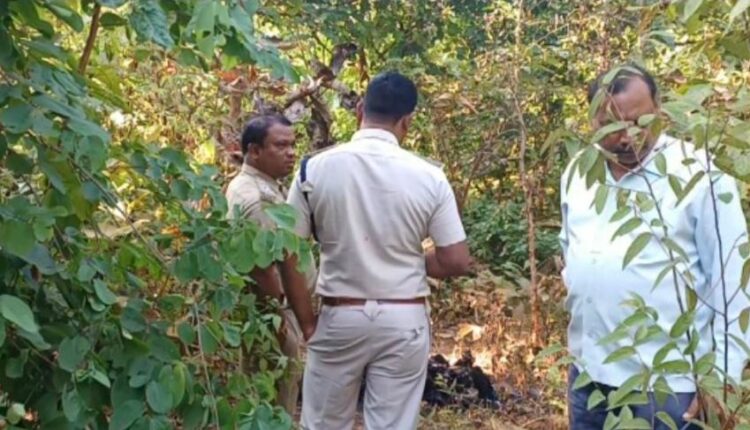 Balangir: A man was arrested on Friday in the half burnt body recovery case of Turekela in this district of Odisha that had taken place on November 24th. Following the recovery of the body Police had initiated probe and today arrested a man.

The accused has been identified as Sachin Agrawal, son of Shyam Sunder Agarwal. Earlier, he was living in Kantabanji.

As per reports, a half burnt body had been recovered from the forest near Turekela College in Balangir district. Following recovery of the body, Turekela Police had initiated investigation and were probing the case. Since most part of the body was burnt when recovered, gender of the body had not been ascertained then. However, based on the circumstantial evidences Police suspected that the deceased had been killed in the forest and then it was set on fire on November 24.

While Turekela Police were probing the case, a missing report had been lodged in the Shankar Nagar Police station of Chhattisgarh few days back about missing of one Tanu Kure of Raipur. Her family had filed the written complaint about missing of the woman.

As per reports, Tanu Kure was an employee of the Axis Bank in Moa district of Chhattisgarh. She was missing since November 21. During the course of investigation Police found that Tanu was in a relationship with Sachin, who was earlier living in Kantabanji.

Accordingly, Chhattisgarh Police took up the investigation and today arrested Sachin on the charge of involvement in a case of murder.

Trains to get affected due to safety & repair works by ECo Railway in coming 2 months: Check details