7th Pay Commission: Diwali Gift For These 8.8 Lakh Employees; Their Salary Will Increase By 15 Per Cent 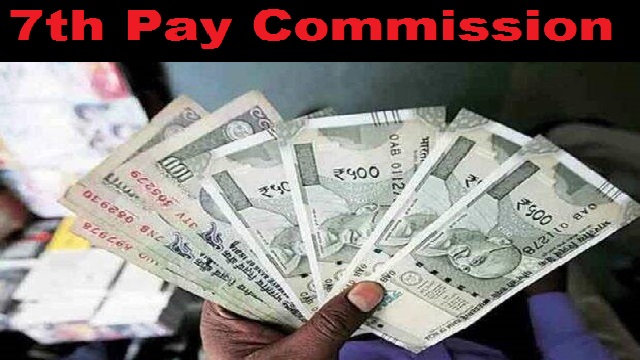 Salary hike can be agreed between bank employees and Indian Banks Association after three years. All India Bank Employees Association General Secretary CH Venkatachalam said that 8.8 lakh employees of 29 banks will benefit from this decision.

This increase in the salary of bank employees will come into effect from November 1, 2017 and they will be given an arrear since then. This pay scale will remain in force till October 31, 2022 and only then will the increase be considered. Apart from this, Performance Linked Incentive will be started from FY 2021.

Apart from this, 14% will be contributed by banks in the NPS ie New Pension Scheme. It was only 10 per cent till now. Apart from this relief has been given in leave rules and the duration of maternity leave has been increased. Arrears can be issued by banks soon. This amount will be from November 1, 2017 to 31 October 2020.

The salary hike has been agreed between the bank employees and the Indian Banks Association after three years. All India Bank Employees Association General Secretary CH Venkatachalam said that 8.8 lakh employees of 29 banks will benefit from this decision.

Of these, 3,78,783 are bank officers and the rest are staff and sub-staff. Considering the increase in salary, it would cost an additional Rs 7,898 crore annually. This decision has been taken for 29 banks, including 12 government banks, 10 private banks and 7 foreign banks. Taking the decision, Sunil Mehta, chief executive of the Indian Banks Association, said that a performance linked pay facility has been introduced to create a competitive environment among employees and reward performance.

Explain that the bank employees had been agitating for the last several years demanding increase in salary. However, till now there was no agreement between the Indian Banks Association and the bank employees.

Sony Releases PlayStation 5, To Be 100 Times Faster Than Its Predecessor

6 of family found dead in Patnagarh: murder due to past enmity suspected, 2 neighbours detained