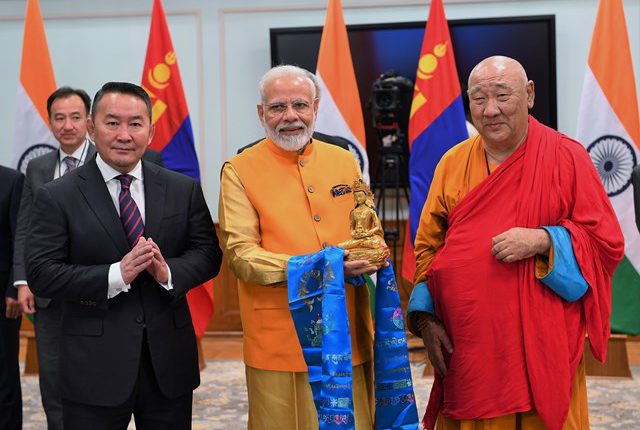 PM Modi had offered prayers at the Gandan Tegchenling Monastery during his visit to Mongolia in 2015 and had announced to gift a statue of Lord Buddha to the monastery, underlining the common Buddhist heritage and civilizational links between our two countries and peoples.

The Statue depicts Lord Buddha in a sitting posture along with his two disciples conveying the message of compassion along with peace and co-existence.

The statue was installed and consecrated at the Gandan Monastery earlier this month during the third edition of SAMVAAD dialogue held in Ulaanbaatar from 6 – 7 September 2019.

In the evening, the visiting dignitary will meet President Ram Nath Kovind at Rashtrapati Bhavan where India and Mongolia are expected to sign and exchange agreements in different fields.

A Banquet will be hosted by President Kovind in honour of the visiting President.

Flight Service Between Bhubaneswar And Bangkok By AirAsia To Be Suspended