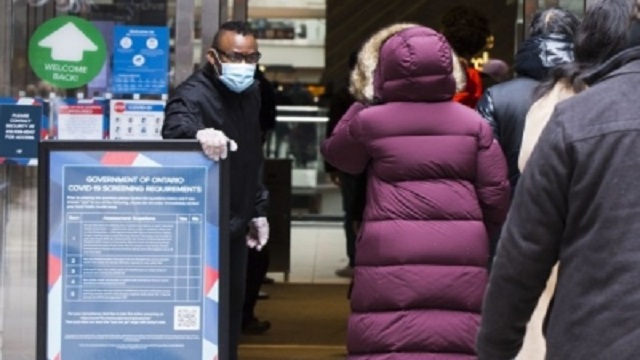 Ottawa: Covid-19 variants are spreading quickly across Canada as some provinces have eased restrictions after cases began to fall last month, according to health authorities.

A total of 4,086 “variants of concern” cases have been reported across the country as of Wednesday, with an increase of 468 new infections of this kind since Monday, Xinhua news agency quoted the Public Health Agency of Canada as saying in an update.

Some 1,131 and 1,028 cases of the B.1.1.7 variant were reported in Ontario and Alberta, respectively, while British Columbia confirmed 921 cases of this variant which is believed to be 35 per cent to 40 per cent more contagious.

Theresa Tam, the country’s chief public health officer, said on Wednesday that average daily case counts are now on the rise, noting that national data show a seven-day average of 3,194 new cases starting March 10 and currently there are 31,517 active cases across the country.

Meanwhile, health experts have said it is time to take strict measures, considering Canadians had relaxed quite a bit after case numbers fell in early January.