Youth loses both legs after falling from train in Bhubaneswar 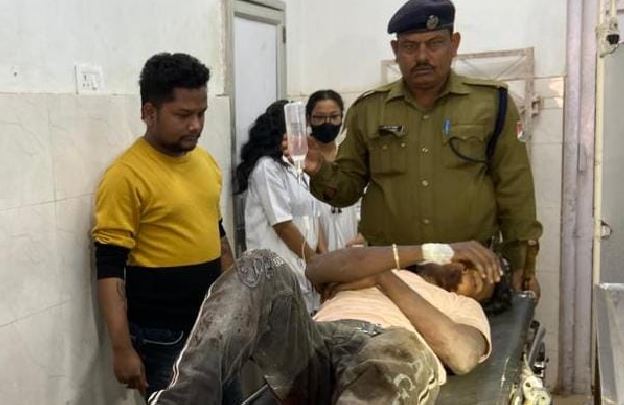 Bhubaneswar: In a tragic incident a youth lost both of his legs after falling from a running train in Bhubaneswar of Odisha on Monday morning. He was coming to Bhubaneswar from Jharkhand on train.

The victim has been identified as Manoj Mall. He is 25 year old.

As per information received from Railway Police, today morning at about 9.30 am the youth was coming in a train from Jharkhand to Bhubaneswar. He had stood at the gate of one of the boogies. When Bhubaneswar station was approaching he fell down from the train when the train was passing through Kalpana square over-bridge. And the train had run over his legs.

The locals and volunteers informed Railway Police Force about it. He was rescued and rushed to capital hospital. However, there after primary treatment he was shifted to SCB Medical College and Hospital in Cuttack. While the youth has lost both of his legs in this mishap his health condition is still critical.