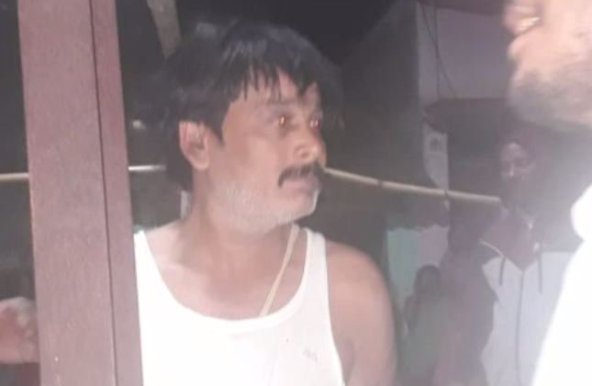 Nayagarh: A school teacher was tied with a pole and mercilessly beaten up by a group of people at Bijipur under Fatepur Police limits in Odisha’s Nayagarh district last night for allegedly misbehaving a girl student from Bijipur High School.

According to reports, the victim girl was taking tuition near the accused Biswanath Muduli ,Sports teacher of the school, at his residence . However, she alleged that that her tuition teacher called her to another room and misbehaved with her. He also allegedly threatened her not to reveal the incident before anybody or else she will face consequences.

However, the school girl narrated the matter before her family members. Angered over the incident , her family members with the help of the villagers dragged Muduli from his residence and brutally thrashed him.

On being informed, Fatepur Police reached the spot and rescued Muduli from the villagers. The police began investigation into the matter.