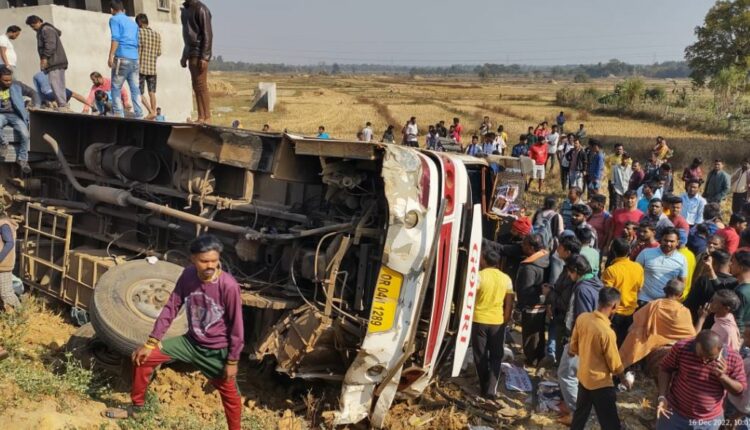 Mayurbhanj: In a tragic incident a passenger bus reportedly overturned a few minutes before in Kuliana area of Mayurbhanj district of Odisha. At least 20 passengers sustained injury in this accident.

As per reports, the passenger bus was on its way to Baripada from Keonjhar. Near Kuliana the driver reportedly lost control over the steering and the bus overturned.

Soon, the locals rushed to the spot and tried to evacuate the passengers from the accident hit bus. The injured passengers have been admitted to Baripada hospital for treatment.