StateEntertainment
By Himanshu On Feb 4, 2022 0 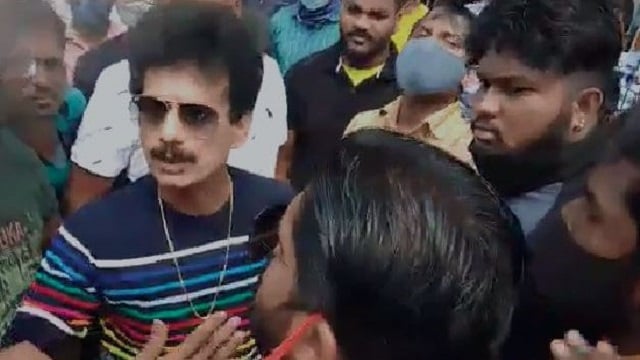 Bhubaneswar: The Papu Pom Pom acted Odia film Mr Kanhaiya has faced protest during its premiere show. It has been claimed that some scenes of the film hurt Hindu sentiments as Lord Krishna’s character has been distorted.

As per reports, actor Papu Pom Pom faced protest during the premiere show at the Brundaban talkie in Cuttack. The members of Cuttack Bajranj Dal launched protest.

The protesters have demanded for change of the title of the film and to snip one of the songs. On the other hand, Papu stressed that no God have been disrespected in the film. He urged to watch the film and assured that if there is any such scene then we will withdraw the film from the market. He said that the trailer had been released two years before, then how come it is being protested now.

It is to be noted that a Public Interest Litigation has recently been filed in the Orissa High Court against the movie.

Reportedly, the petition has been filed by Dilip Kumar Samantaray. He stated that some scenes in the movie have demeaned Hindu gods and goddesses.

Odisha: Planetariums to reopen from February 8