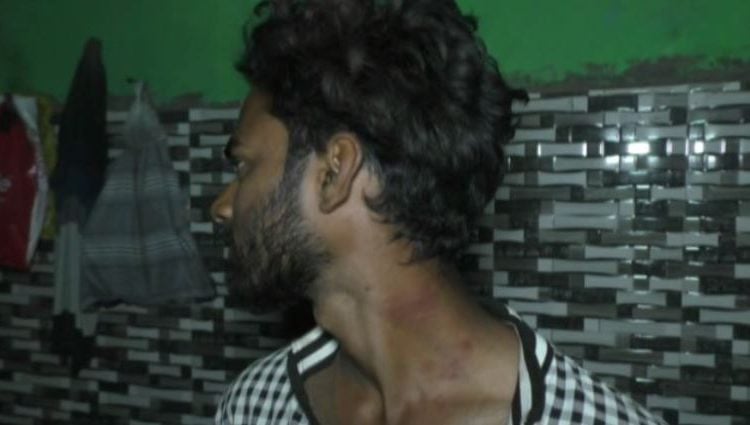 Balangir: In an example of lawlessness, a complainant was attacked mercilessly inside the Kantabanji Police Station by the associates of the accused with cops watching last night.

The victim has been identified as Biswajit Roy of the same locality.

As per the report, Biswajit had been to Railway Ground in Balangir town to take part in the Republic Day celebration yesterday along with his brother Manoranjan and a sister. A verbal duel ensued between a group of youth and Manoranjan after they allegedly passed lewd comments at the latter’s sister during the event.

Later, in the evening Biswajit reached Kantabanji police station and was filing a complaint in connection with the incident when a group of youths reached there and used slang language at him. As he objected, the attackers thrashed him in front of policemen.

Sub Inspector of the police station Pranay Murmu also bore the brunt of the attackers and was beaten up black and blue while trying to protect Biswajit.

Four rockets land near US embassy in Baghdad