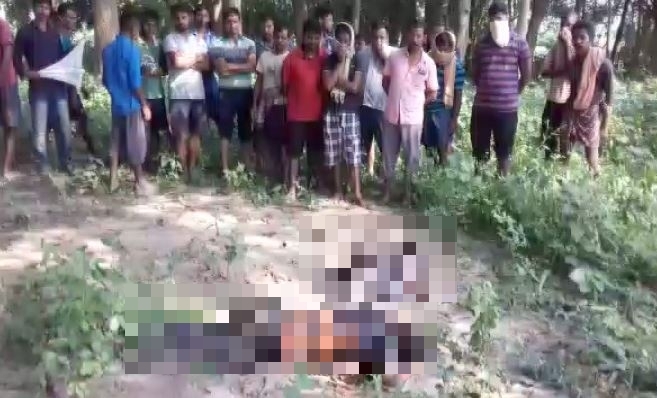 Bhadrak: Mystery shrouded the death of a minor couple which was found dead in Dolasahi village under Tihidi police limits in the district on Sunday.

The deceased has been identified as Dinabandhu Jena (17) of Dihasahi village and Sitarani Pradhan (14) of Jitanaga village. While the boy studied in BNMA College located in Palia, the girl was a Class 9 student of Dihasahi High School.

The incident came to light after some locals spotted the bodies of the couple lying on a playground located behind a school near Dolasahi Bazar this morning. They immediately called up police and reported the matter.

As per the locals in the village, the minor duo was having a love affair for past few months which had been rejected by their families. The couple had eloped from their homes on October 3 following which the girl’s father had lodged a missing case at Bhadrak Rural Police Station.

While police suspect it to be a case of murder from the circumstantial evidences, they are waiting for the autopsy report to decide its next course of action.