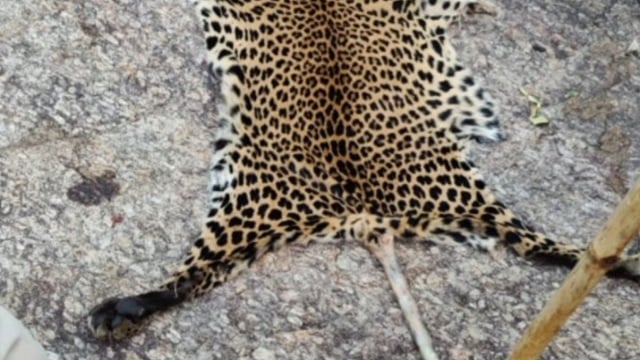 Angul: A Leopard dies after falling into a wild boar trap which was laid by hunters  in Bamura jungle area in Athmallik here in Odisha today.

According to reports,  an electric wire was laid by some hunters in the jungle to catch a wild boar.  However, a leopard from the jungle fell victim to the trap and reportedly succumbed to the deadly trap.

Youth saved from drowning by Lifeguards at Puri sea beach

Later, when the poachers arrived near the trap, they were shocked to see the leopard caught in the trap. Taking advantage of the situation, the poachers peeled the skin of the leopard in the intention to sell it.

Soon, the forest officers learned about the death of a leopard by a trap in the jungle premises. Wasting no time, the forecast officials initiated a probe into the matter and apprehended 4 accused poachers in this connection. Besides, the officers had also seized the skin of the leopard from their possession, informed  by District/Divisional Forest Officer (DFO) S. Anand. He further added that, the age of the deceased leopard is between 3 to 4 years.