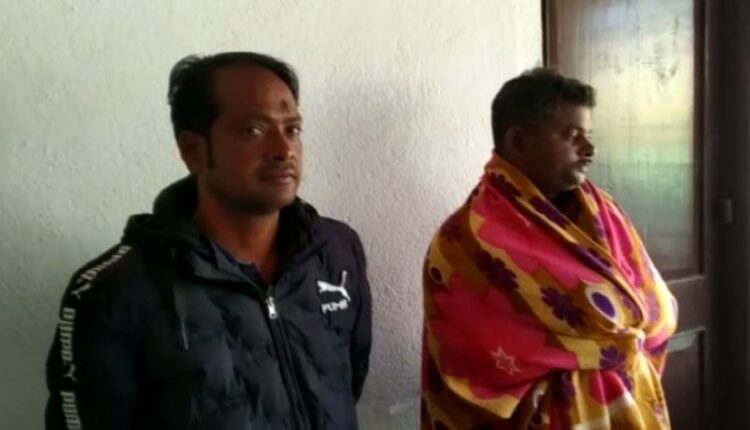 Balangir: As many as many 27 migrant labourers have been recused by the Patnagarh police during a raid, while they were being trafficked illegally in Baghalabandh village here in Odisha today.

The accused kingpins have been identified as Mohan Meher and his aide as Thabir Rajhansh of Baghalabandh village.

According to reports, based on a reliable tip-off the Patnagarh police conducted a raid in the village. During the course of raid, the police have rescued migrant laboures and some of them belong to Sonepur, Bargarh and Gaisilet areas. Besides, 12 male labourers along with 9 women and 7 children have been rescued by the police and  Thabir and  Mohan were also detained.

Later, govt. Labour officer arrived at the police station and asked about the documents of the labourers to the detained Kingpins. However, the failed to provide any documents and valid answers to the officer.

After not getting any official documents from the detained kingpins, the police arrested them and forwarded them to the court.

In the meantime, the government labour officer had taken the responsibility to send the migrant labourers to their respective villages, he added.

This viral video of a diver and a seal is winning hearts on internet, watch!