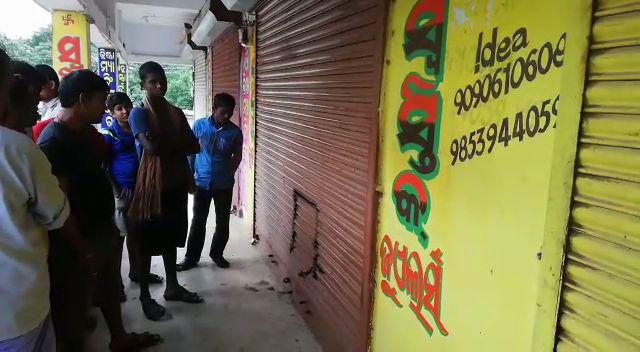 Jajpur: A miscreant allegedly decamped with gold ornaments worth lakhs from a jewellery shop by cutting the shutter of the shop in Madhuban under Kuakhia police station limits.

As per reports, the matter came to light after owners of nearby shops witnessed a portion of iron shutter being cut. The owner of the jewellery shop Hara Sahu later lodged a formal police complaint.

Police have also obtained the CCTV footage of the shop which revealed involvement of one miscreant in the incident. The owner of the shop said that the miscreant decamped with ornaments worth Rs 3 lakh.