The rescued crocodile was shifted on a bike to be released in the Ghodahada dam, photo of which went viral on social media while netizens raised questions regarding shifting of the reptile in such negligent manner As per reports, a 6-feet-long crocodile had been rescued from a paddy field on Septemeber 12 in Talasingi village under Digapahandi block of Ganjam district. Later, a Forest official and another one from the village were seen shifting the crocodile on a bike to release it at the Ghodahada dam. 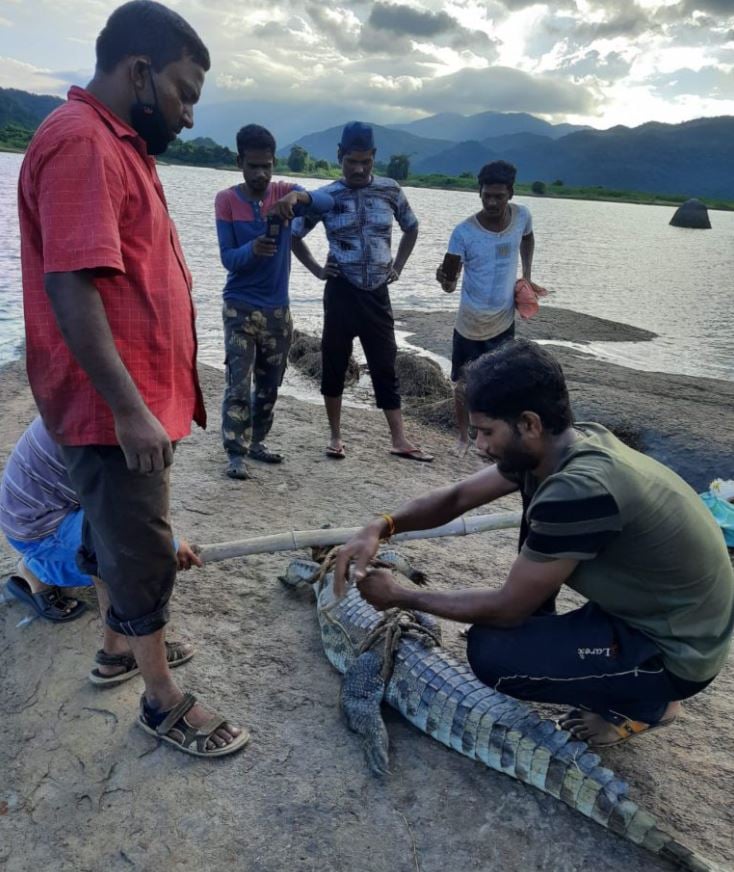 The photo of transporting of the huge reptile on the bike went viral on social media. Many netizens complained about the way the crocodile was transported.

Accordingly, Berhampur DFO investigated and found fault in the shifting process of the crocodile for which he suspended concerned Digapahandi Deputy Ranger Pramod Khadgaray. Further investigation is going one and action will also be taken against the others who are involved in this negligence, the DFO said.