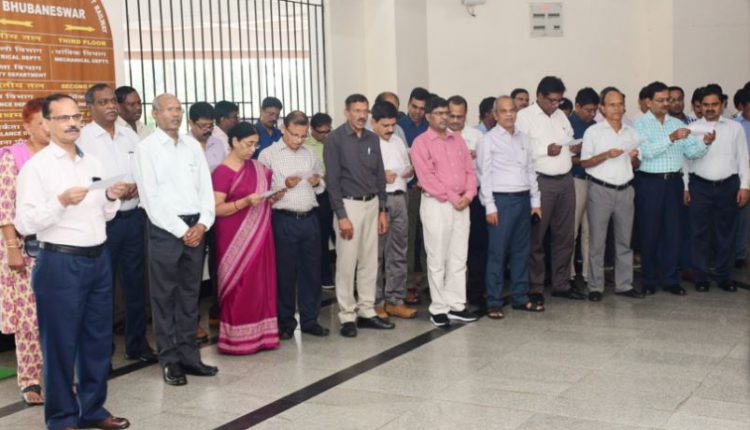 Bhubaneswar: Reinforcing the commitment of Indian Railways for green initiatives, East Coast Railway (ECoR) is observing massive awareness campaigns since a long time and discouraging the use of plastic in railway premises over its jurisdiction.

In view of harmful of plastic to the environment, Railways have taken steps not to use single-use plastic in its premises, especially in stations, trains, residential areas and in its establishments.

General Manager of ECoR, Vidya Bhushan in an oath-taking ceremony administered an oath to its employees and officers not to use plastic in their day to day life and to aware others about the impact on the environment.

Railway officials said that ECoR has also encouraged its vendors to avoid the use of plastic carry bags. “Indian Railways have taken major steps for green initiatives that include, electrical energy generating from solar and wind system, installing environment-friendly bio-toilets in passenger coaches, electrification of railway lines and use of LED lights,” said the official.