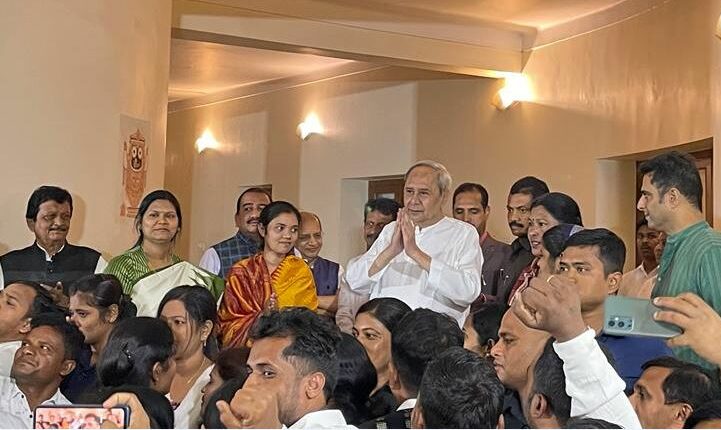 As Barsha and others reached, BJD leaders welcomed her in front of Naveen Nivas and offered her flower bookey.  Later Barsha met the CM.

Yesterday the CM had talked to Barsha over phone and congratulated her on her winning.

Barsha has said that she is feeling very happy after winning. I will serve people like my father, she also said.

Baliarsingh said that sometimes in a family people from different political parties are found. The same thing has been seen in our family now. She will remain in her party, and I will be in my party, he also said.