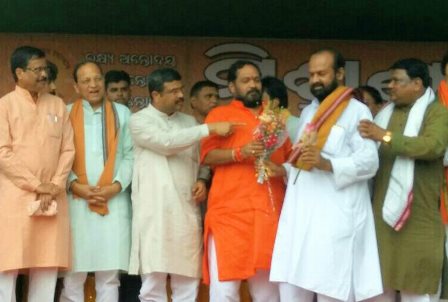 Panigrahi had quit the ruling BJD after the party named MLA Subal Sahu’s widow, Rita Sahu, as the candidate for Bijepur the by-election.

On the other hand, BJD said that Panigrahi’s entry into BJP will not have any impact on BJD.

“Ashok Panigrahi’s joining BJP will not have any impact on BJD,” said BJD supremo and Chief Minister Naveen Patnaik.