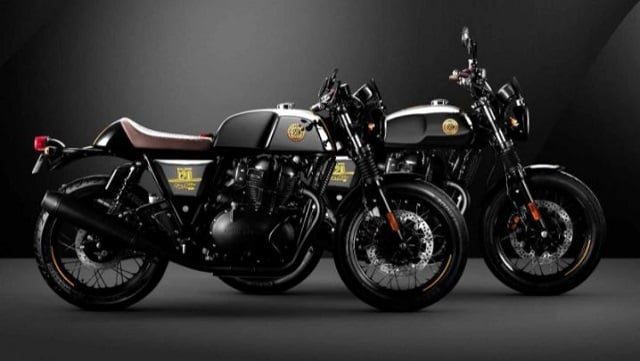 Royal Enfield has been one of the most reputed motorcycle manufacturers not only across India but also around the world. The manufacturer had initially started the production of motorcycles way back in 1901 and this year (2021) marks the 120th year. To commemorate the special occasion Royal Enfield has unveiled two special editions of its 650 Twin motorcycles. The 120th Anniversary Royal Enfield 650 twins- Interceptor INT 650 and the Continental GT 650 were unveiled at the EICMA 2021.

Royal Enfield has clarified that the two 650 twin motorcycles will be limited to 480 units only and will be available in India, Europe, Americas and South-East Asia. This means that only 60 units of Interceptor INT 650 and Continental GT 650 will be sold in each region. Even though both the motorcycles have the same engine as the regular versions, they will receive a bunch of cosmetic updates and will easily stand out of the crowd.

What to expect from the 120th Year Anniversary Edition bikes

Both the 120th Anniversary Royal Enfield 650 twins are designed and handcrafted by the company’s teams across India and UK. The Royal Enfield bikes get a rich black-chrome tank colour scheme along with black touch across the body and components. The engine, silencer and other parts get a total black touch from the manufacturer. The accessories of the bike including the fly screens, engine guards, heel guards, mirrors are also offered in black colour. Each motorcycle is a special one out of the 60 unique motorcycles and it will be signified by a unique serial number on the tank badge.

How to purchase the bike

Interested bike enthusiasts will be able to purchase the bike through the online sale on Royal Enfield’s website. The registration for the 120th Year Anniversary Edition of 650 twin motorcycles has already started on the company’s official website from yesterday (November 24). Hurry up if you wish to purchase one of these special edition motorcycles.

Both the Interceptor 650 and Continental GT 650 share the same 648cc Parallel twin, 4- stroke, single overhead cam, air/ oil cooled engine. The engine produces 47.65 PS of maximum power at 7150 rpm while the peak torque is 52 Nm at 5250 rpm. In terms of safety, the bikes get front and rear disc brakes and Dual Channel ABS.

Also read: OPPO may launch a new stylish Electric Scooter in India at a…

Railway platform ticket prices reduced by Rs 40 at these stations