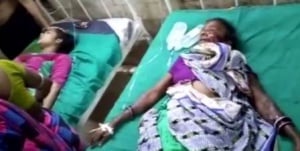 Balasore: Three persons, including a woman and her daughter, sustained burn injuries after a parcel bomb exploded in their house at Dahapada village under Sadar police limits in the district late on Wednesday night.

Usha Pradhan of the village saw a parcel on her verandah when she came out of her house to attend nature’s call. She informed about the parcel to her daughter Sharmistha, who called one of their neighbours Jashobanta Pradhan.

Suddenly, a bomb exploded when the trio opened the sealed plastic box left behind by unknown persons, injuring them critically.

They were rushed to the district headquarters hospital and then shifted to SCB Medical College and Hospital in Cuttack as their condition worsened.

Initial reports suggested a land dispute was behind the incident. Police have initiated a probe into the case.