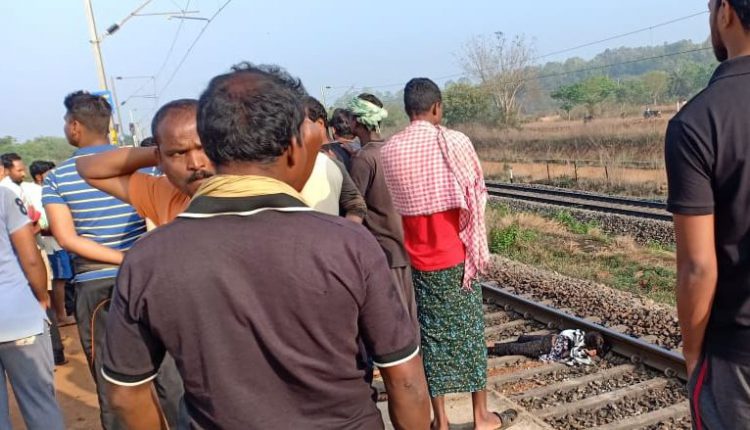 Dhenkanal: The dead body of a young girl was recovered from the railway track near Dandimal passenger halt (PH) under Sadar Police limit in this district  of Odisha Monday.

The deceased has been identified as Sunita Parida of Balarampur village in this district.

The matter came to light after some locals seen the body lying on the track in the morning and informed Police about it.

On receiving information, Police swung into action. Police rushed to the spot, seized the body and sent it to Dhenkanal District Headquarters Hospital (DHH) for autopsy.

While it seems to be a case of suicide it has further been learned that marriage of the said girl was fixed.

However, the reason behind the incident is yet to be ascertained.