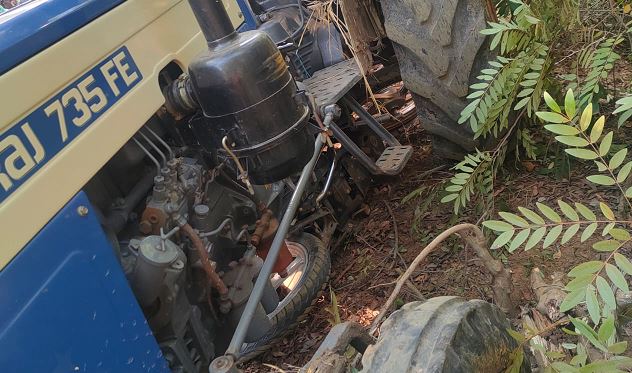 Gajapati: In a very disturbing incident a woman was killed while her husband sustained critical injuries in a tractor- bike accident in Gajapati district of Odisha.

The incident took place in S Routpur village of Gosani block in this district and the deceased has been identified as Rajani Sabra.

According to reports, Rajani along with her husband Prakash Sabar was on their way to Garabandha on a bike when a brick laden tractor hit them. Rajani died on the spot while Prakash was critically injured.

On being informed the Police reached the spot and sealed it for investigation. On the meanwhile, the body of Rajani was sent for autopsy and Prakash was admitted to Garabandha Community Health Centre.