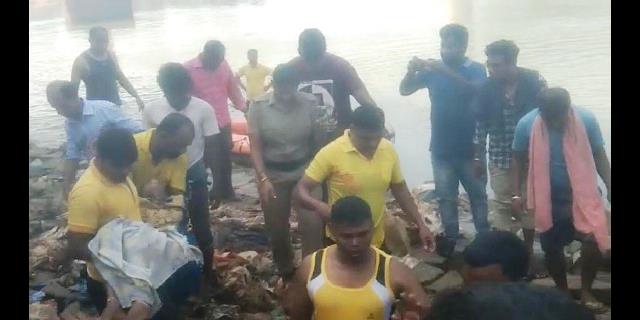 Jajpur: A tourist drowned at the Dashashwamedh Ghat in Baitarani river in the district today.The deceased has been identified as Gibidi Durga, a resident of Sitampet in Visakhapatnam.

As per reports, a group of 120 tourists from Sitampet have reached the river after visiting Puri and Konark.

Locals said that three of the tourists were swept away in the strong current while taking a bath. “Two of them were rescued by locals while one remained missing. Later Odisha Fire Service personnel rushed to the spot and started a rescue operation,” said a local.

The Odisha Fire Service managed to rescue her and rushed her to the District Headquarters Hospital where she was declared received dead.