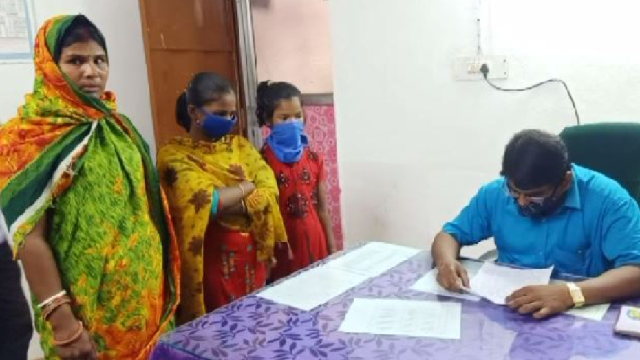 Bhadrak: A woman has been allegedly arrested for torturing a girl at her home on the pretext of giving tuition in Andhuan panchayat under Basudevpur block of Bhadrak district of Odisha.

The woman, identified as Prabhati Mohapatra, is a teacher of Adhuan Government Primary High School.

According to reports, Prabhati took Sarojini, daughter of Vidyadhar Malik, to her house and asked her mother. Sulochana, to provide tuitions. She even promised Sulochana to raise her daughter and get her married.

However, Sulochana has alleged that Sarojini was doing all the household works at Prabhati’s house instead of getting tuition. Sarojini was also being beaten by her tuition teacher, added her mother.

It has also been alleged that the tuition teacher had blackmailed to kill her if Sarojini tries to inform about the alleged incident to her family.