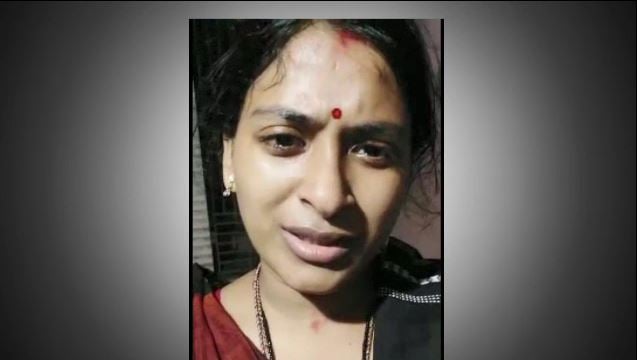 Berhampur: In the case of the Tapaswini and Sumit marital discord of Berhampur, emotional Tapaswini was seen in a video requesting Sumit and her in-laws to accept her.

As seen in the video Tapaswini says that she doesn’t want money, she wants Sumit, her husband. “I am still alive, who knows someday the idea of suicide may come to my mind,” she was seen saying in the emotional video. In the video she also requested her father in law to forgive her.

Some people are thinking my crying is drama and some others are thinking it is real, but I am the one who know how I painful it is to bear, she said in the video.

It is to be noted that Tapaswini is struggling and trying her best to get Sumit as her husband. In the meanwhile many videos have cropped up in this connection. For the last one month she has been protesting in front of Sumit’s house while after intervention of some local women she has been protesting in the verandah of Sumit’s house for the last few days.