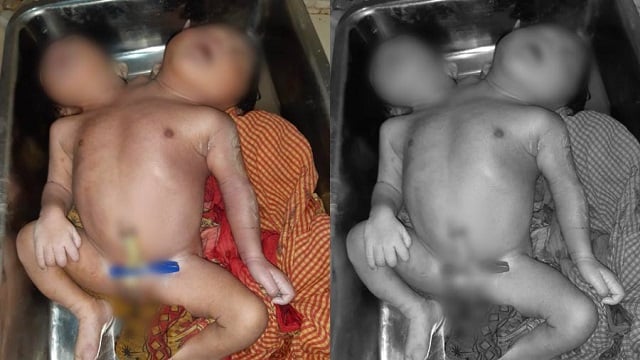 Kendrapara: A strange baby girl with three hands and two heads is born at a private Nursing Home in Odisha’s Kendrapara district.

The newborn was soon shifted to the emergency ward of Kendrapara District Headquarter Hospital as her condition was critical, said sources. However, doctors referred the baby to the Cuttack-based Sishu Bhawan for treatment, added the sources.

Parents of the toddler have been identified as Umakant Parida and Ambika Parida of Rajnagar area of the district. As they are poor, the Parida family has requested the State government for financial help for the treatment of the child.