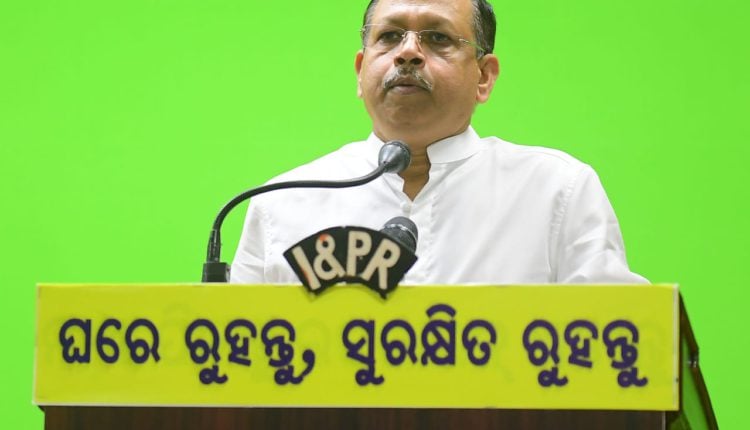 Bhubaneswar: The Special Relief Commission (SRC) Pradeep Jena on Tuesday has directed all the district collectors to stay alert for rescue and restoration operations in view of the waterlogging, flooding due to extremely heavy rainfall under the influence of deep depression over north Odisha.

Considering heavy to very heavy rainfall, it is apprehended that more low-lying areas may have water logging/flooding. Therefore, the government has asked all the district magistrates (DMs) to ensure evacuation in case water enters into villages and habitations, says (SRC) Pradeep Jena.

If there is any need for evacuation, prompt arrangements be made to evacuate poeple from such areas and to be provided with cooked/dry food and other basic things as per relief code, informs Pradeep Jena.

The SRC has also further instructed to the collectors that in case of any damage to communication / roads occur the same be forthwith restored for effecting communication at the earliest.

Meanwhile, the Bolangir district collector has announced the closure of all schools in the district in view of the incessant rainfall.

Pankaj Tripathi: Through acting I explore my inner being and reinvent myself