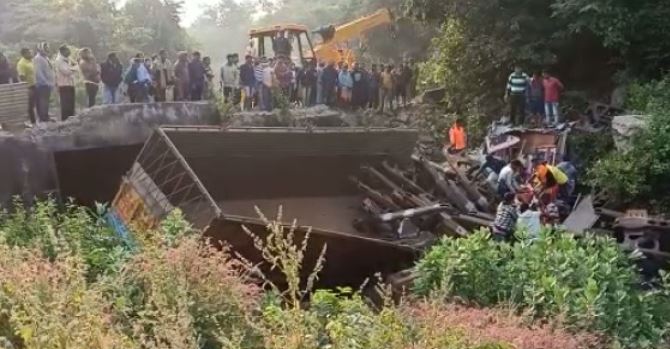 Baripada: At least two persons were killed after a scrap-laden truck skidded off Duarasuni  ghati and overturned into a gorge under Bangiriposi police limits in Mayurbhanj district last night.

The deceased duo has been identified as the driver and helper of the truck.

The mishap took place late last night while the truck was en-route to Kolkata carrying a scrap consignment from Bangiriposi. The driver of the truck lost control over the wheels causing the vehicle to break the sidewall of the bridge and fall from a height of around 30 feet.

Bangiriposi Police rushed to the spot and rescued the deceased duo from the mangled truck later in the night to rush for autopsy.

Further investigation is underway into the accident.