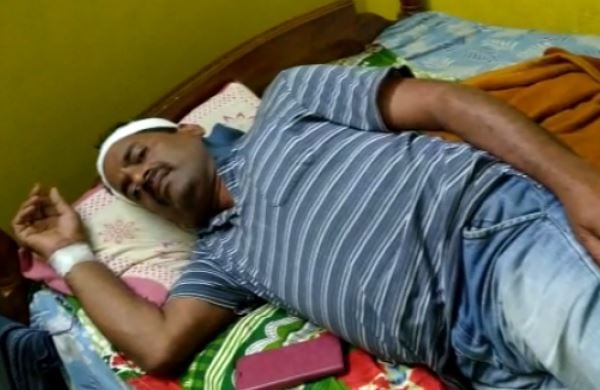 Nabarangpur: Tension prevailed in Indrabati Bazaar in Nabarangpur town last night after a youth stabbed and injured a trader following an argument.

The victim has been identified as Krupanidhi Rout of the same locality.

As per the report, the victim was sitting at his shop at the market in the evening when the accused namely Ritesh Bhanj of his village approached him. Later, an altercation took place between the duo and later escalated into a heated exchange of words.

In a fit of rage, the accused took out a ‘Bhujali’ (a sharp weapon) and hacked Krupanidhi on his head and hand leaving him critically injured.

The victim was rushed to Khatiguda Community Health Centre (CHC) by some locals immediately in a critical condition.

After the news of the attack spread, Krupanidhi’s supporters attacked Ritesh’s house later in the night and damaged a number of vehicles parked outside it.

Local police rushed to the spot and took stock of the situation after the attack.

A case has been lodged in connection with both the incidents and an investigation is underway.