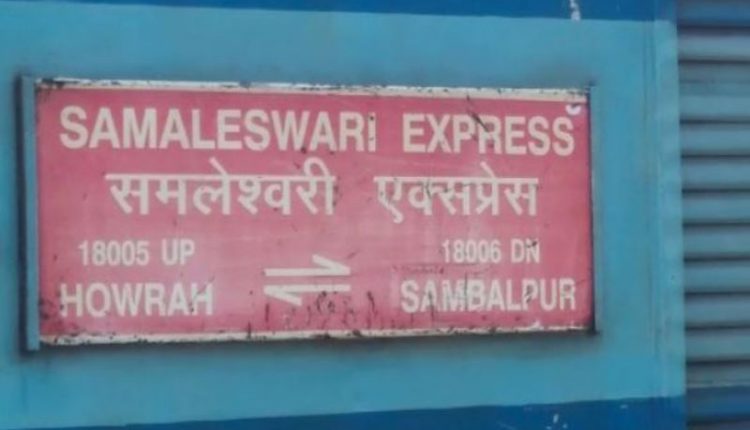 Sambalpur: The Howrah-Sambalpur Samaleswari Express averted a major fire mishap due to the alertness of the passengers near Sambalpur Railway Station here on Thursday.

Smokes started billowing out from B2 Coach of the train due to short circuit while the train was on its course on Rourkela-Jharsuguda route and was few kilometres away from the Sambalpur Railway Station. Some passengers immediately took the matter to the notice of the Railway authorities and launched firefighting efforts on their own as the latter didn’t turn up.

However, the driver of the train shut down its main power switch soon after it arrived at the Platform No. 3 of the station and Railway officials swung into action. The flames were brought into control and the affected coach was replaced as a precautionary measure.

Railway officials informed that the spark was caused due to electric short circuit, the reason of which would be investigated.

This is the second train fire mishap in Sambalpur this year. In a similar incident, a coal-laden freight train had caught fire at Bamra Railway Station in February also.

‘Mahaprasad’ to be available at Puri Srimandir from today: Suar Mahasuar Nijog