Rats menace in Srimandir of Puri has been causing much havoc in the sanctum sanctorum (garba gruha) of the world-famous temple. 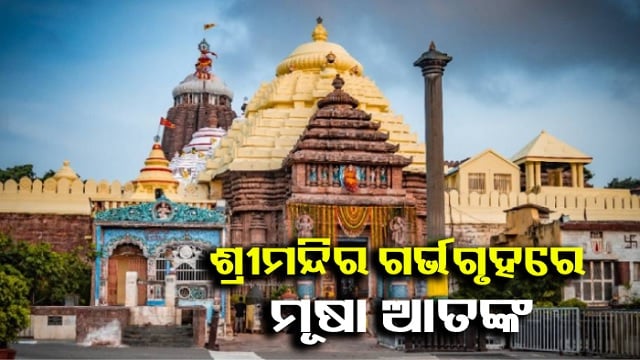 Puri: Rat menace in Srimandir of Puri has caused many issues and is being much talked about across various parts of Odisha.

It is worth mentioning that since two days, rats have been causing much havoc in the sanctum sanctorum (garba gruha) of the world-famous Jagannath Temple or Srimandir of Puri.

According to reports, the rats have chewed off the holy Naganaguni rope attached to Lord Jagannath, causing much damage to the deities.

The rats are said to enter the Ratna Singhsan area from the Kalahat door. It is worth mentioning that along with rats there are a lot of cockroaches in the sanctum sanctorum.

Reports suggest that, the water from the sanctum sanctorum is evacuated through the drain in front of the Laxmi temple which does not have a cover hence it is possible that rats enter through this route.