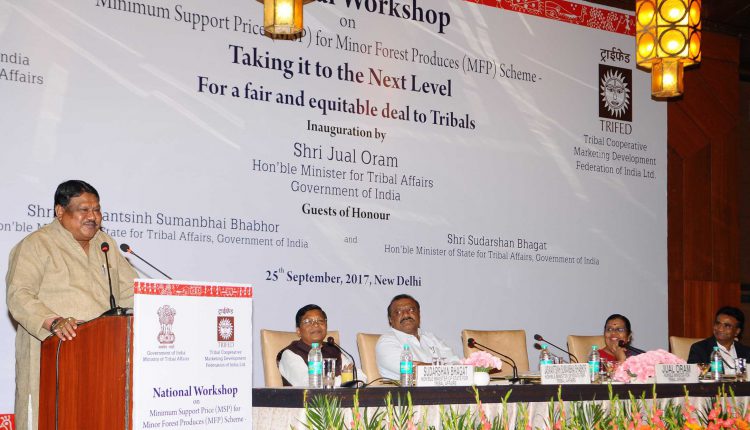 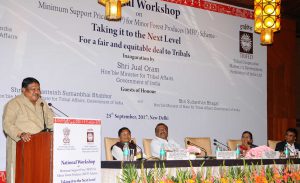 New Delhi: Union Minister of Tribal Affairs Jual Oram inaugurated the National Workshop on “Minimum Support Price (MSP) for Minor Forest Produces (MFP) scheme – taking it to the next level for a Fair and Equitable Deal to the Tribals” here on Monday.

Speaking on the occasion, the Minister said , the workshop is a step to expand the horizon of the scheme for providing Minimum Support Price for Minor Forest Produce.

“This scheme is already implemented in 9 States and today it is expanded nationwide”, Oram said.

Jual Oram further claimed that MFP could be the largest generation of revenue after minerals. He emphasised on the use of social media and new technology to help the tribes to sell their produces at best prices.

MFP is a major source of livelihood for tribals who belong to the poorest of the poor section of society. A majority of 100 million tribals in the country depend on MFPs for their food, fodder, shelter, medicines and cash income.

The workshop is organized by Tribal Cooperative Marketing Development Federation of India Limited (TRIFED). Ministers of State for Tribal Affairs Jaswantsinh Sumanbhai Bhabhor and Shri Sudarshan Bhagat and senior officials were also present on the occasion.