The hockey world is buzzing with excitement as the much-anticipated 2023 Mens FIH World Cup is set to begin in Odisha from January 13. 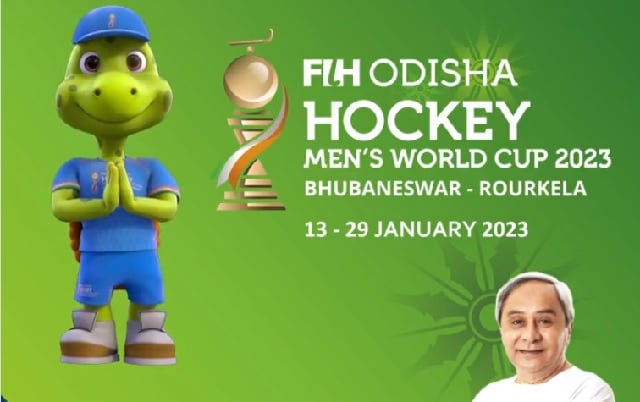 Bhubaneswar:  The hockey world is buzzing with excitement as the much-anticipated 2023 Mens FIH World Cup is set to begin in Odisha from January 13.

The tournament will feature 16 teams and some of the biggest superstars in the sport, competing for the coveted title of world champion. But before the games begin, fans are in for a treat as Odisha and Hockey India have left no stone unturned to ensure that the world cup celebration is a spectacular event, at the iconic Barabati Stadium in Cuttack on January 11.

The Silver City is buzzing with excitement as the Barabati Stadium boasts an electrifying capacity, which will give 35,000 fans the opportunity to see some of their favorite stars up close and in person, and to collectively rejoice at the fact that the Hockey World Cup is back in Odisha. Nothing commemorates a celebration better than dazzling decorations, performance, and music.

Prior to the main celebration event viewers will get to experience the rich culture and tradition of India through the mesmerizing performances of acts such as the Prince Dance Troupe, of India’s Got Talent fame and renowned for their dynamic and graceful movements, and international performers, Black Swan. Ollywood’s power couple Sabyasachi Mishra and Archana Sahu will also feature at the celebration

While fans can’t wait for the World Cup proceedings to kick off, they will look forward to the introduction segment, where the captains of 16 teams will join in virtually.

This will be succeeded by a performance by Bollywood actress Disha Patani that will leave viewers spellbound through a dance medley. Fans have been counting days to be a part of this celebration.

Charismatic Ranveer Singh will close out the celebration,”Celebrating the Spirit of Hockey” and dance his heart out.

A fan on route to Cuttack expressed that hosting the World Cup is “a matter of great pride for Odisha, I am looking forward to experiencing the atmosphere in the stadium and I am grateful that the Odisha government has wholeheartedly invested in the development of sports.”

Meanwhile, the Odisha government has announced a half-day holiday for all schools in the state on Wednesday.

In an order, the school and mass education department said all government, aided, private and public (self-financing) schools will be closed to watch the direct telecast of various entertaining programmes based on art, culture, heritage and traditions of the state presented at the opening ceremony.

In Cuttack municipal corporation area, apart from schools, all government offices, universities, colleges and banking institutions will remain closed on the second half from 1330 hrs IST for World Cup celebration.

The state government has also announced a half-day holiday for all technical and professional education institutions Wednesday from 1500 hrs. The government has put up LCD/LED screens at various places across Cuttack city and many other cities for direct telecast of the event.

The World Cup Celebrations of the 2023 Hockey World Cup will be broadcast across the country.