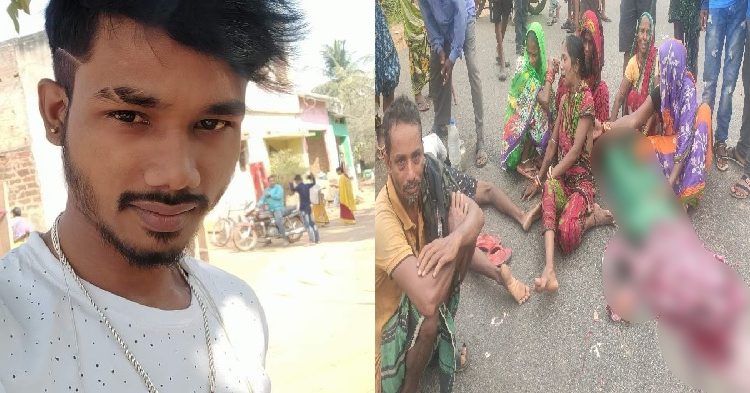 Khordha: In a tragic incident, a cop was killed while his aunty sustained critical injury in a road accident that took place in this district of Odisha on Thursday. The accident took place on the National Highway no. 16 at Kaithapalla chowk.

The deceased person has been identified as Ganesh Barik.

As per reports, Ganesh was on the way to Nachuni on his bike along with his aunty (Bada Bou). At Kaithapalli chowk a Haiwa Truck hit his bike from the rear side.

Accordingly, Ganesh was killed on the spot. Following the accident his aunt was sent to Tangi Hospital in critical condition. However, as her health condition deteriorated she was shifted to Bhubaneswar for treatment.

Being infuriated with the death of the youth, locals blocked the National Highway demanding compensation for the deceased’s family. However, after Police intervention, the road blockade was cleared after some time.

Following the accident, the driver had fled the scene with the Haiwa Truck. Tangi Police seized this vehicle from Nachuni area.