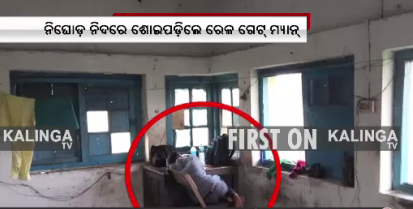 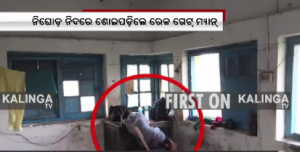 Balasore: Hundreds of commuters from Sora and Khaira area of Balasore district had a harrowing experience early morning today, after a gateman deployed at Markona Railway Station left the level crossing gate closed and went into deep sleep.

Tension gripped the station after the accused gateman Arijit Mandal was found missing from the North Cabin level crossing of the station between 2- 5 AM. Finding the level crossing gate closed for long the angry commuters contacted the Station Master for passage who made arrangements for the same. However, a similar situation occurred again between 5pm and 7pm and some railway staffs opened the gate for commuters.

On the other hand, the accused gateman has come out with a clarification on the dereliction of duty and claimed that he went into sleep due to sickness.

Being contacted over the issue the Station Master Bijay Ketan Mahali informed that the incident has been reported to Kharagpur Signal Division and an action would be taken.

Locals claimed that similar situation keeps on happening at the Markona Railway Station due to the accused gateman who usually remains in an inebriated condition during duty.