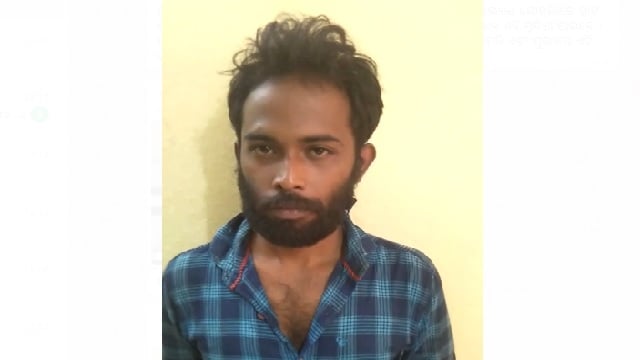 Bhubaneswar: The chain of massive drug haul continues in the State where Commissionerate Police seized 260 gms of brown sugar from near Kesura area of Sahid Nagar in capital city and arrested one youth in this connection. The arrested drug peddler has been identified as Mrunal Samal.

Based on a reliable information, Quick Action Team (QAT) along with Balianta police conducted a surprise raid in the area and seized 260 gms of drugs from the spot.

The worth of the seized brown sugar is estimated to be Rs 10 crore, said reports.

A case has been registered under section 21c Narcotic Drugs and Psychotropic Substances (NDPS) Act at Balianta Police Station.

Brown Sugar worth over Rs 1.5 Lakh seized in Odisha, 2…

Ccommissionerate Police has launched a concerted drive against Narcotic Drugs this year. As of now, a total seizure of brown sugar in Commissonerate Police has crossed 10 Kgs. Other than Special Task Force (STF) no police unit has ever seized 10 kgs of Brown Sugar in a year.

More than 43 lakhs of cash have also been seized in Bhubaneswar Urban Police District. In Bhubaneswar Operation White Spyder was launched on August 15, 2021 and till today 1.75 kgs of brown sugar have been seized while 37 drug peddlers have been arrested.

Notably, Commissionerate Police will continue its drive against drugs and will to make the twin cities drugs free.

Here’s your fashion guide for the nine days of Navaratri

Vicky Kaushal: Every shot of ‘Sardar Udham’ is a tribute to Irrfan Khan