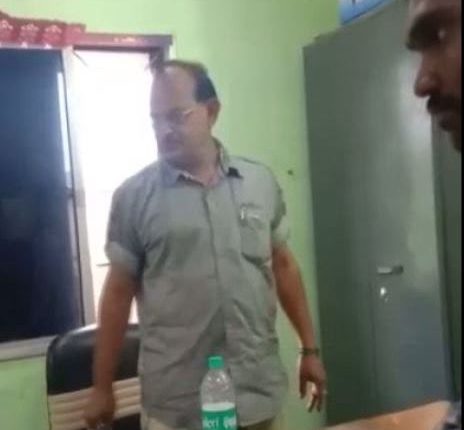 “We recommended his suspension after he was found asking and taking the bribe. We have been cautioning officials to refrain away from taking bribes. Similar action will also be initiated against officials demanding bribe,” said Balangir collector Arindam Dakua.

Tripathy was allegedly taking bribe of Rs 10000 to clear a pending bill of Rs 1 lakh for construction of a road in a village. In the video, the JE was also seen asking an additional amount of Rs 2000 from a ward member Ashwini Guru.

Guru has recorded the video with the help of a friend while handing over the cash to Tripathy in his chamber on the premises of the block office.

Three Miscreants Loot Woman In Guise Of Cops in Berhampur