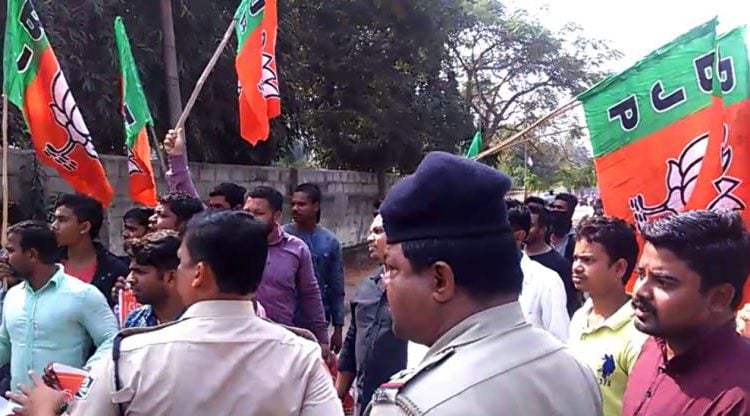 OAS Association President Saroj Samal said that a resolution has been passed by the association following the attack. Samal demanded strong action against the perpetrators and instigators in the incident.

Likewise, IAS Association Secretary Vishal Dev condemned the attack saying such incident had not taken place earlier in the state. He also demanded stringent action against the accused.

Earlier this morning, some BJP activists barged into Pandian’s residence and ransacked the flower pots, damaged the vehicles parked inside the quarters. Besides, they hurled cow dungs and stones.