Anubhav Mohanty puts out yet another controversial tweet, read here

Odia actor-turned MP Anubhav Mohanty took to twitter and said that the Hindu Marriage Act, 1955 is being murdered. 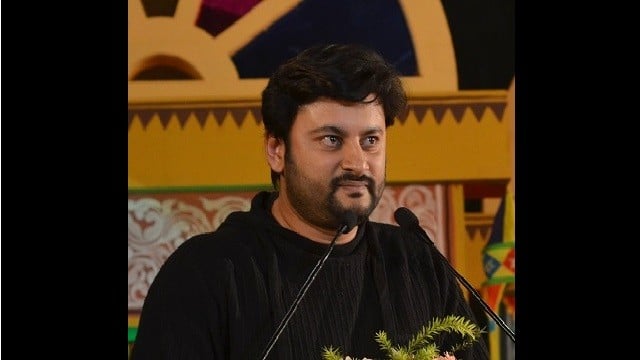 Cuttack: Stirring up yet another controversy, Odia actor-turned MP Anubhav Mohanty tweeted a rather bold statement claiming that the Hindu Marriage Act, 1955 is being murdered.

Amidst the drama surrounding his and his wife, actor Varsha Priyadarshini’s marital discord, he has often taken to Twitter to share his thoughts. His tweets have not always been well received. In yet another tweet that he put out today, on December 29, 2022, he has claimed that a woman would not exist without a man. He tagged Kiren Rijiju, Minister of Stat for Law and Justice in the tweet asking him to save the Indian culture and tradition.

He asked him to amend the Family Court Act, 1984, as it is negatively affecting the Hindu Marriage Act, 1955.

He asked Rijiju to save the Hindu Marriage Act, or speak up if he was unable to do so.

He claimed that his tweets were meant for men, women, and transgender who believe in equality and equal rights.

His bold statements are expected to receive a lot of backlash from women activist groups.

There’ll be ZERO existence of even a single WO’MAN’ WITHOUT A ‘MAN’! Wake-up Hon’ble @KirenRijiju ji as early as possible to save the most precious family values, cultures & traditions of #Bharat that’s known to the world since Our #Ramayan!
NOW OR NEVER!@RijijuOffice (1/2)

Amend the years old #FamilyCourtAct1984 right now please! The Hindu Marriage Act, 1955 is being murdered! Save it if you can or else, please come forward and say that you cannot🙏🏻 (2/2)

I have always been raising my voice for #Equality of all the three genders. Equality should exist in reality and not just in our debates! My tweet is for Men, Women and Transgender who believe in Equality or Equal Rights!

The Family Courts Act, 1984 is an Act to provide for the establishment of Family Courts with a view to promote conciliation in, and secure speedy settlement of, disputes relating to marriage and family affairs and for matters connected therewith.

The Hindu Marriage Act, 1955 is based on Hindu law, and says that the marriage is a sacred tie and last of ten sacraments that can never be broken. Also, it is a relationship that is established by birth to birth. Based on smritikars even death cannot break this relationship. Also, it is not only considered as sacred but it is also a holy union.