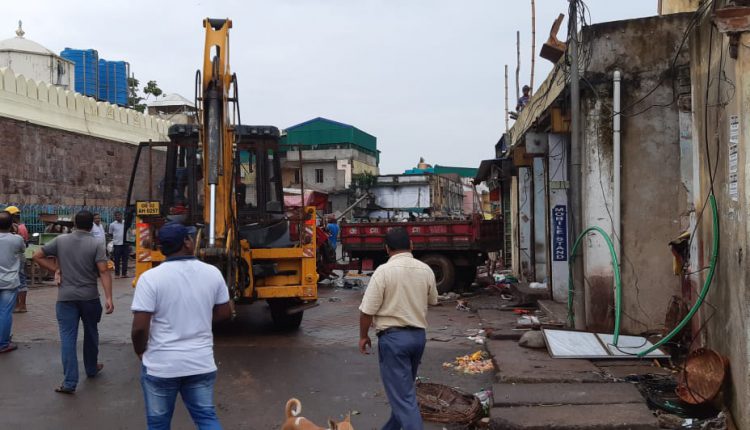 Puri: Launching the demolition drive to clear unauthorised structures located within 75 metres from the Srimandir boundary wall, the Puri district administration started with the bulldozing of Languli Mutt today.

The eviction drive was carried out in the presence of Puri Collector Balwant Singh, SP, 8 magistrates and 30 platoon police force and Odisha Swift Action Force (OSAF) members taking into account the protests by traders and shop owners who run a business near Srimandir.

“The Languli Mutt, which had been declared unsafe long ago is being bulldozed today after consultation with its authority. The main deity of the Mutt will be preserved following the drive,” informed Singh while supervising the eviction which started at 6 am in the morning.

However, a group of traders have alleged that the drive has hit their occupation as no prior rehabilitation have been made for them.

Notably, the structure of Emar Mutt will also be examined and bulldozed subsequently if found unsafe.