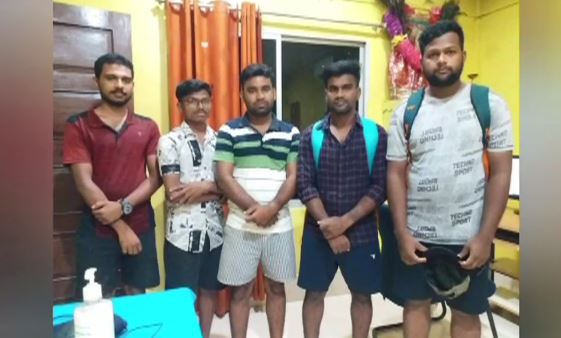 Berhampur: At least 5 youths narrowly escaped from a perilous situation as they were trapped on the Mahendragiri hill in Odisha’s Ganjam district on Sunday due to rain. Thankfully, they were rescued.

As per reports, five youths had gone to visit the Bariapathara viewpoint on the Mahendragiri hill under Jarada Police limits in the district when they got trapped there due to sudden rainfall. The effect of the rain was high which resulted in rise of water level in the nearby river for which they could not return back.

Finding no other way to return, they called the Sarpanch of Kukudakhandi and sought help for rescue.

On being informed, the Sarpanch immediately alerted the IIC of Jarada Thana about the situation.  Accordingly, Police personnel as well as Fire fighters from Tikiti and Patrapur reached the spot and rescued the 5 youths in the night.

The youths are safe now and have expressed their gratitude to the Sarpanch, the fire Services personnel and Police for their timely help.