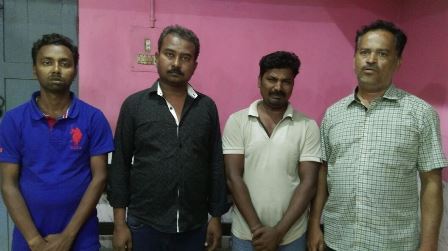 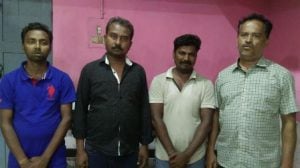 Cuttack: Chauliaganj Police arrested at least four persons including a real-estate owner from Mahanadi Vihar area in the city for defrauding gullible plot buyers of lakhs.

Police said, Basudev had floated a real estate company namely, Satyam Sai Infratech in Mahanadi Vihar area and was busy in duping land buyers with showing them fake plots in different parts of the city. He had duped at least Rs 50 lakh till his fraudulence came to fore after one Ajay Kumar Sahu of Jajpur district lodged a complaint against him at Chauliaganj Police Station, recently.

In his complaint, Ajay accused Basudev of not providing him with a plot even after receiving a deposit of Rs 10 lakh.

Police has also seized various important bank documents from the possession of the realtors during the raid today. The arrested would be forwarded to court tomorrow, said police.