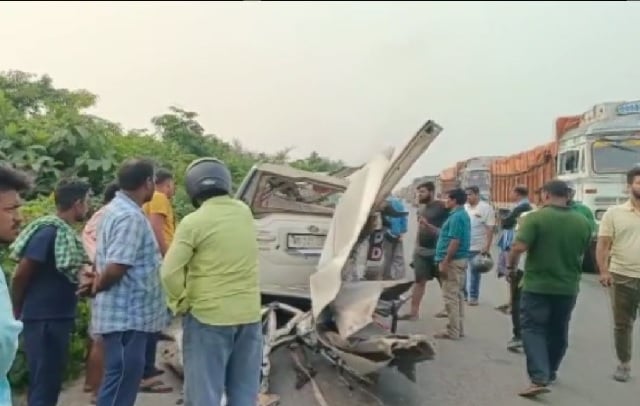 Balasore: In a tragic incident, three people were killed in a road accident involving a container truck and two cars on National Highway number- 37 near Tarini chhak under Simulia police limits in Sora of Balasore district on Monday.

According to reports, the accident was caused by a container truck. The container hit one vehicle which triggered a series of accidents. Three including the driver of the ruck were killed in the accident. While, four others have sustained critical injuries in this accident. The injured people have been admitted to Sora Hospital. The deceased and the injured people were from West Bengal.

The container truck was reportedly heading towards Puri when this accident happened. Police is currently investigating the incident. Further reports are awaited.