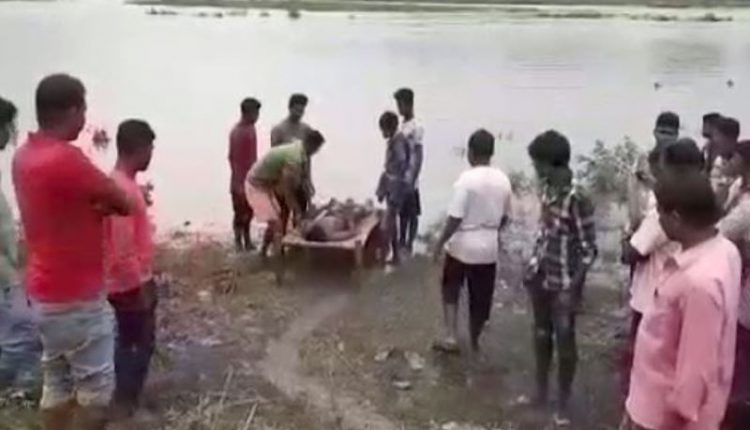 Bargarh/Angul: At least two persons including a minor boy met watery grave in separate incidents in Odisha since last night.

In the first incident, a youth identified as Baishnab Teji of Nadipada area under Bargarh Town slipped into the Jira river while taking bath last night. As the river was in spate the victim was swept away by the water and drowned to death.

While locals failed to trace the victim’s body in the river despite all efforts last night, it was spotted floating near Phd Pada this morning and recovered.

Police have lodged a case of unnatural death in the incident and sent the body for autopsy to Bargarh DHH.

In a similar incident later this morning in Kurudul village in Banarpal block of Angul district a 12-year-old boy drowned in a village pond while taking bath.

The deceased has been identified as Omm, son of one Trilochan Biswal of the village. He was taking bath with one of his friends when the mishap took place at around 10.30 AM.

Angul fire personnel fished out the body of the deceased from the pond and handed it over to NALCO police for autopsy later in the day.