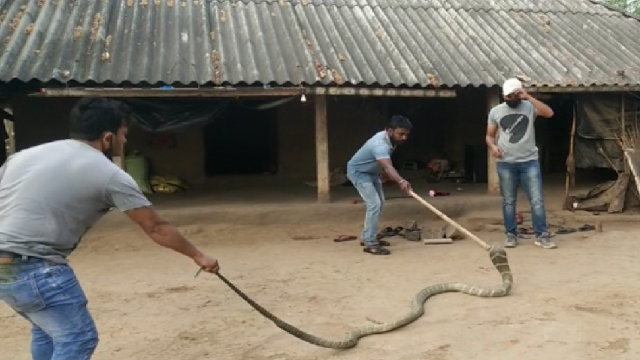 Balasore: A 14-feet-long snake has been rescued from Asanabani village under Nilagiri block in Balasore district of Odisha.

According to reports, the snake was rescued from the residence of Nalu Singh in the above stated village.

After spotting the huge snake inside the house, the family members immediately reported about it to the snake helpline.

A team of four members of the snake helpline arrived at the spot and initiated the rescue operation. The 14-feet-long snake was rescued after an operation of three long hours.

Later, the snake was handed over to the Kuldiha Wildlife Sanctuary in Balasore.