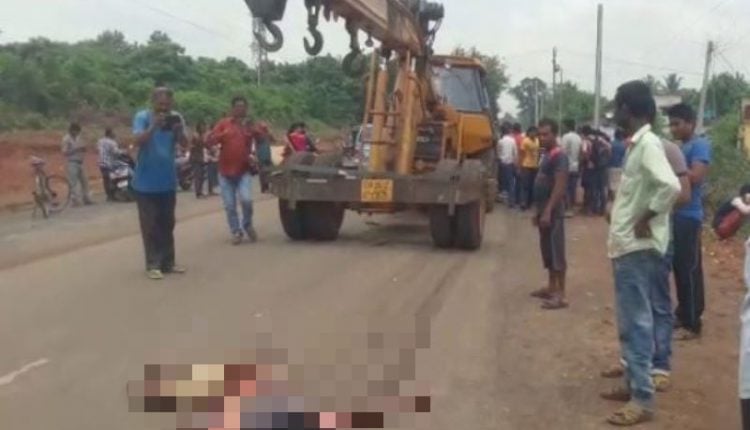 Kamakhyanagar: At least one labourer was killed and another sustained critical injury in a crane accident which took place at Kamakhya Chhak under Dhenkanal Sadar police limits near here on Saturday.

The deceased has been identified as Mani. The injured is Samsuddin.

The victim duo who happens to be residents of Kolkata was working for a private construction company namely CRMS Construction Private Limited. They had been engaged at a railway bridge construction site located near the accident spot.

As per the eyewitnesses, the duo was on their way to a roadside eatery to have breakfast this morning when driver of a crane lost control over the wheels and hit them from behind. While, Mani died on the spot, Samsuddin was hurt grievously in the mishap.

Fellow worker rushed the injured to Dhenkanal DHH immediately, where his condition remains to be critical.

Angry locals attacked and ransacked the crane involved in the accident and protested at the accident site. They also demanded immediate arrest of the accused driver.

Police seized the body for autopsy by reaching the spot and pacifying the mob.