1 Dead, 1 Injured As Bike Falls Off Bridge In Koraput 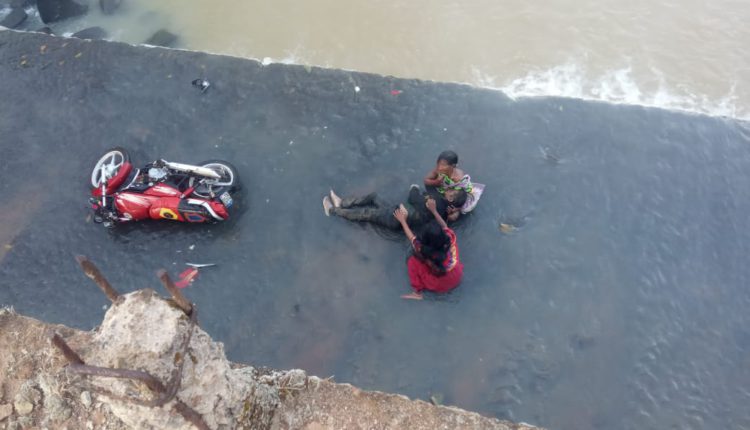 Koraput: In a tragic incident, one person was killed and another was critically injured as a bike fell off a bridge on Monday night near Dandabada village under Dashamantapur block of Koraput district.

The deceased has been identified as Saeno Preska (40) of Dhandabada village and the injured person is Narayana Minikia (37) of the same village.

According to reports, Saeno called Narayana to visit the market after he finished all his work. Both of them were returning from market when the vehicle lost control and fell off the bridge into the river below.

Both of them sustained grievous injuries and screamed for help however as it was late night nobody came to their aid.

Saeno sustained serious injuries to his head and body, he lost a lot of blood rapidly and at last succumbed to the injuries on the spot.

Narayana sustained injuries on his hand and face and lost sense after some time and he came to his sense, with much difficulty he reached his home but did not inform anyone about the accident.

On next morning, he told his nephew about the incident and the villagers got to know about it. The villager informed the Dasamantapur police and fire service department.

Fire Service official R.S. Nayak and other workers recovered the body and sent it for postmortem to Dasamantapur community health care center.

The locals demanded government help for Saeno’s wife and his four children.