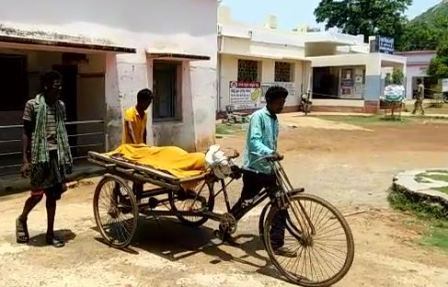 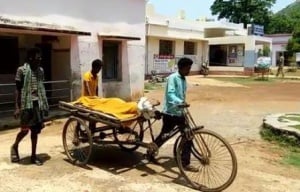 Nilagiri: Balasore ADM and Sub-Collector on Monday started a probe into the incident of a man carrying the body of his son on a trolley due to unavailability of a Mahaprayan vehicle, which is meant to transport bodies from state-run hospitals free of cost.

The team visited Nilagiri hospital and questioned its staff about the incident. The team is also likely to visit the house of the deceased and quiz his family members.

The Commissioner-cum-Secretary of Health and Family Welfare Department Pramod Kumar Meherda had directed the Balasore Collector to inspect the matter and take action against those found guilty after the media reported the incident,

One Tunaram Singh had admitted his son Krishna to Nilagiri hospital on Sunday morning after he was bitten by a poisonous snake. But doctors declared him brought dead.

Later, the kin of the six-year-old boy ferried his body on a trolley due to the unavailability of the Mahaprayan vehicle.