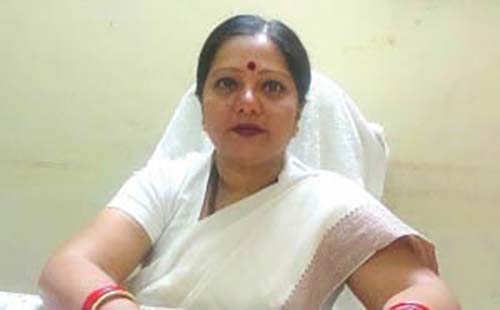 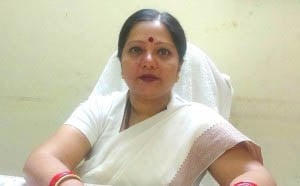 “Always trust your instincts. They know what they’re talking about”. Going by these two invaluable principles in life, the renowned social activist of Odisha, Rutupurna Mohanty, is instinctively a fighter woman.  The fiery woman activist has stood for the traditional values that she inherited right from her family background.  Upright, frank, and downrightly rebellious in her attitude towards oppression on women by the society, she feels in the depth of her heart that women in Indian society still do not share the power with men to make a decision.

“Although the theme of United Nation has stayed planet 50:50 by the end of the year 2030 on the occasion of Women’s Day, I doubt whether this would see the light of the day. Just take the picture inside our State’s Legislative Assembly. What is the percentage of women in such democratic houses? It is negligible. Are the women a substantial part in any major decision-making?”- Her words portray vividly the realistic picture that only 7 to 8 percent among the democratically elected representatives are women.

Rutupurna was born in a family that mostly consisted of freedom fighters– her father was a close associate of Vinoba Bhave while her mother stayed in a life-long relationship with Ramadevi.

“My father’s elder-brother, Sachidananda Mohanty, not only fought in the independence struggle, his virtues won him the title of ‘Gandhi of Kendrapada’. We grew up wearing khadi as it was one of the ideologies to wear clothes of hand-woven Khadi.  Among my four sisters, my writer sister Aparna Mohanty inspires me the most.”- She explains emphatically that family values played the most decisive role in her character to shape up her as a woman activist and lawyer.

Rutupurna grew up in a childhood steeped in financial difficulties as she had to teach in private tuition classes to eke out a sum of 600 rupees to sustain her expenses for education. She also acted in the movie Aei ta Dunia and another film by Doordarshan, while all her siblings were proficient in song and dance. After completing her graduation from Tulasi Women’s College from Kendrapara, she opted to go for study of law. As she bagged a job with Urban Development department in Kendrapara, she was later transferred to Bhubaneswar Municipality Corporation (BMC). Rutupurna’s stint with BMC literally turned out to be a defining moment in her career as she discovered the corporation was a storehouse of corruption.  “Then corrupt practices existed at every level. Just imagine BMC had to spend a whopping sum of Rs 60,000 to feed banana to the roaming bulls on the street. The heinous practices of looting were going on at every stage. It was almost uncontrollable that the staff were looting the innocent tax-payers’ money. The municipality staff had eight or nine unions. The atmosphere was suffocating with practices of corruption and in-fighting.  But I had to sum up my courage to raise voice”, she tightens her grip to show the determination in her instinct to fight the injustice taking place in a behemoth like BMC.

Rutupurna fought the elections of the union, while keeping her voice steady and firm against the corrupt bureaucracy inside the system. She was physically threatened and later transferred to the municipality of Balasore. But at that time, the staff union in the Municipal Corporation had called for a strike protesting against the privatization of sanitary task. As the protest went on for 29 days, she stayed at the forefront of agitation. Her transfer to Balasore saw a withdrawal with the interference of Chief Minister, Naveen Pattnaik, as the government bowed before the demand of agitating staff.

As she made her mind for more active participation in social service, Rutupurna resigned from her job in the year 2001. But her seven years stint in BMC made her a renowned leader, who could handle any social problem.

Rutupurna smiles while showing her utter humbleness in finding the right man for her marriage. “As my family had no money to afford, my first and foremost condition before the suitors for my marriage was ‘no dowry’. At first, I thought, it was impossible but one day I was fortunate to find him”, she shies away with a blush on her face to show her appreciation for her partner in life. and corner of Odisha- “Maa Ghara”. The concept took off at a faster speed as she also brought in to existence various provisions for helping the helpless women. She brought activities that taught the women to become self-dependent while extending legal help to them for fighting injustice committed to them in their families. Her project has literally become hallmark of success as it is handling all the major feminine issues.

Rutupurna nods agreeing to the fact that planet 50:50 would stay her dream for women’s emancipation. “I would still dream for status of every home, where the man and his woman share responsibility equally. My heart swells up with pride, when I hear a few words of praise from my husband. Literally that rejuvenates my body and mind. The society needs to understand men and women are equal, Atrocities committed on women simply unbalances things, creating disharmony, unrest, and loss of mental peace in the world. Whenever women are subjugated, the result is a bigger turmoil. Just see the unrest that followed after the rape of a girl in a moving bus in Delhi. Do not you think the entire society gets disturbed after such an incident? ”– The rationale in her words was mesmeric.

Rutupurna represented India in San Diego in California as a woman peace-maker in an eight-week programme as she was the only woman to get the chance. She was felicitated for her immensely creative talent in bringing up “Maa Ghara” by all the leading organisations in Odisha.