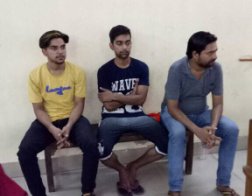 Amrita had married Nasim Khan last year without the consent of her family members. On May 1, her brothers and brother-in-law reportedly took her with them in the absence of her husband and allegedly strangulated her.

Nasim’s suspicion rose when Amrita’s body was cremated in his absence, prompting him to lodge a complaint at the local police station.