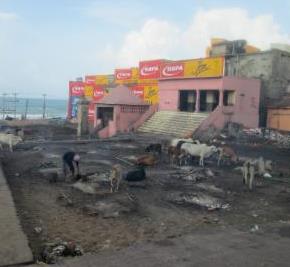 Puri, Apr 11: The Orissa High Court on Tuesday imposed restriction on the transfer of land while pronouncing its verdict in the Swargadwara land row case.

The HC issued interim order forbidding the alienation of disputed property at the Swargadwar in the Pilgrim city.

On other hand, the Puri Tehsil Court today conducted a hearing during which many including the Jagannath Temple administration presented their sides.

Meanwhile, the Gobardhan Pitha has sought seven days to present its side. The court would conduct the next hearing on April 21.